The new Adina Apartment Hotel Brisbane is a beautiful hotel in a heritage-listed building at 171 George Street, close to Queen Street Mall and a 15 minute walk from bustling South Bank with its cool bars, restaurants and parklands.

This CBD hotel features contemporary studios and apartments comprising one, two or three bedrooms, as well as a gym and a pool, and a beautiful restaurant and bar in the ground floor lobby space, which celebrates the building’s Art Deco origins.

The building has a wonderful and rich history, initially built to accommodate the Queensland Government Savings Bank, and opened in 1922. It was considered exceptional from its infancy, particularly the ground floor banking chamber with its immense size, ionic columns, ornate ceiling, detailed cornices and marble finishes – all of which architects have worked hard to restore.

The hotel apartments come with a fully-equipped kitchen or kitchenette, in-room laundry facilities and separate living areas, providing the perfect home away from home. Car parking is also available, however you can easily rely on the city’s public transport with major train stations, bus stops and a CityCat terminal nearby.

As well as being ideally located for all of Brisbane’s permanent attractions, such as the Queensland Performing Arts Centre, Gallery of Modern Art, City Botanic Gardens and the bars and restaurants of Eagle Street Pier, this is the perfect base during the city’s biggest events, from Riverfire to State of Origin. Located within Adina Bribane, Donna Chang infuses style and glamour into a modern Chinese offering with A gentle nod to Sichuan flavours and authentic Cantonese cuisine. We’ve partnered with Order Up to offer you a variety of minibar options. All of which can conveniently be ordered and delivered directly to your room. Orders will be added and charged straight to your hotel account.

Is parking available at the hotel? 

Limited parking is available on-site and is subject to availability for AU$30 per car per day. Due to high demand, car parking is on first come first serve basis and cannot be booked in advance. Parking space is accessible from 20 Charlotte Street. Guests can access the car park prior to checking-in. For more information, see parking direction.

Does the hotel have an airport transfer or shuttle service? 

The hotel does not have its own pick up service, however guest can find numerous transport alternatives including taxi and Uber. Alternatively, guest can book airport and ground transfer service via our partner's website. For more information, go to tfehotels.com/shuttle

What are the children policies and age restrictions at Adina Brisbane? 

Is breakfast available at the hotel? 

Breakfast is available at Frisky Goat Espresso Café, which is located on the ground floor of the hotel.
Opening hours: Monday - Friday: 6.30am - 3pm (subject to change)
Breakfast is not available on weekends or Public Holidays.

Can I book tour or local activities at the hotel? 

The local information pack and brochures are available at reception desk for all our guests. To enhance your travel experience, you can also arrange sightseeing tours, day trips and activities online before you arrive at our hotel via our partner's website. To find and book a local attraction tour, visit tfehotels.com/tours. 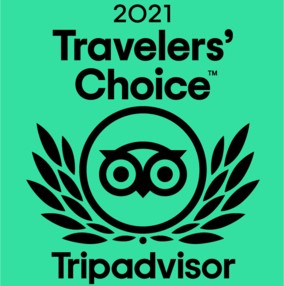